Since Queen Elizabeth’s death ten days ago, we have seen and read a lot about her life and the monarchy itself. What she owned, the royal will, and what King Charles III has inherited. Her funeral tomorrow will display pomp and circumstance, the result of great wealth and a thousand years of tradition. And while some are intrigued about how Prince William and Prince Harry are getting along, we’ll talk about art.

The Royal Collection is the world’s largest private art collection with over a million objects and a value estimated in 2017 at $12.7 billion. I hope the British have a good understanding of just who owns royal assets, but to my American sensibilities, the system is confusing. Some sources say the collection was owned by the Queen herself and overseen by a trust. Others describe is as not owned by her but overseen by her, held in trust for her “successors and the nation.” Then some of the Collection (including a Monet) was owned personally by the Queen. Confusing. 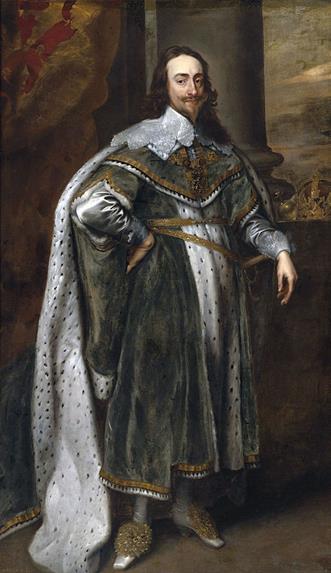 Where did the Collection come from?

Most of the collection was put together centuries ago by King Charles I during his 23-year reign. After he lost his head, literally, in 1649, the collection was sold by Parliament to pay his debts. After civil war, the English decided maybe it was a good idea to have a king again, so Charles’s son became King Charles II in 1660. He reassembled the collection. It continued to grow into modern times with about 2,500 works added during Queen Elizabeth’s seventy year reign, including works by Andy Warhol, Lucian Freud, and Anish Kapoor (the maker of Cloud Gate, the Bean, in Chicago). [For more about royal art collections, read our post “Origins of Art Museums: Royalty.”] King Charles I by follower of Anthony van Dyck, Public domain, via Wikimedia Commons

Where is the Collection kept?

In the National Gallery? In the Tate, the home of the “national collection”? No. In thirteen royal residences including Buckingham Palace, Windsor Castle, Kensington Palace, Balmoral, and Sandringham. Fortunately most of the residences are open to the public. Not all works hang on palace walls; some are shown in several Queen’s Galleries, others tour, and about three thousand are on long-term museum loans.

What’s in the Collection?

Drawings, sculptures, photographs, 7,000 paintings, and half a million prints. Works by Leonardo da Vinci, Michelangelo, Caravaggio, Van Dyck, Vermeer, Rubens, Rembrandt, and Canaletto. The Collection once owned Leonardo’s Salvator Mundi. After changing hands many times, in 2017 the painting became the most expensive ever sold, $450 million. 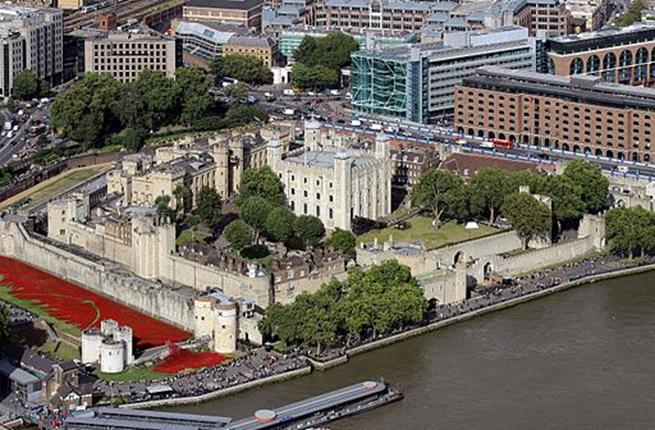 The Collection also includes collectibles of every kind, from carriages to the Crown Jewels. I went to the Tower of London to see the jewels. Founded in 1066, the Tower is a palace and fortress, complete with a moat and two rings of walls around several buildings. The Tower was used as a prison for hundreds of years (sort of the original version of our federal white-collar prisons), once housing Elizabeth I, Sir Walter Raleigh, and even Rudolph Hess. But things didn’t always end well for prisoners. Over 112 executions took place there, the last in 1941. It is not a good sign when one of the buildings is called the Bloody Tower. 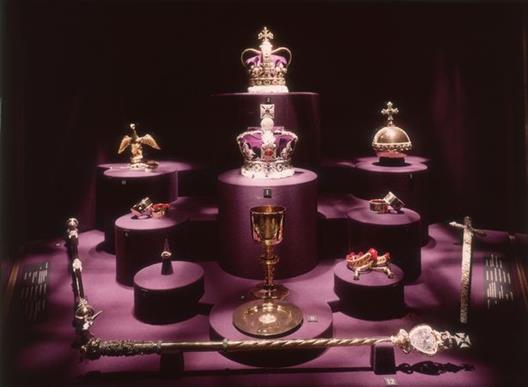 On a brighter note, I entered the Jewel House to see a multi-billion dollar collection of crowns, scepters, swords, and more than 23,000 gemstones. One scepter holds the world’s largest cut diamond weighing in at 530 carats. A moving walkway transports you across beautifully lit displays. Most of the items are purely historical, but some were actively used by Queen Elizabeth and family. As with artworks, the ownership of the crown jewels is confusing.

A Visit to London
In 2000, on my way to Ireland I stopped in London for two days, and counting first day grogginess after the overnight flight, I could only sample London’s sights. I trekked across the city on foot and used the London Underground, aka the Tube. I went to St. John’s Wood to cross a street…using the zebra crosswalk made famous on the cover of the Beatles album, Abbey Road, and walked around the Studios and the graffiti wall. Speaking of London crosswalks, they all had “Look Right” painted on the asphalt to remind us tourists that their cars are driven on the left. 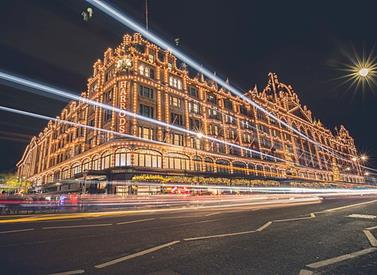 I ventured to Knightsbridge to shop at the luxury department store, Harrods, so upscale it has a dress code. The store is huge, 330 departments and 28 restaurants spread over a million square feet, and brilliantly lit up at night. Selections seemed limitless in every department; my favorite was the exotic foods section. At the time, Harrods was owned by Mohamed Al-Fayed, who installed a memorial to his son Dodi and Princess Diana that included a ring Dodi had given her and the wine glass she used the night of their tragic deaths in Paris. There was always a crowd around the shrine. Harrods, Chauhan.shweta14, CC BY-SA 4.0 <https://creativecommons.org/licenses/by-sa/4.0>, via Wikimedia Commons

I had to drink a pint in a real London pub. Sure enough, last call was a little after 10:30 p.m. Recalling the saying “nothing good happens after midnight” London’s standard pub closing time of 11 seemed wise, so civilized. Now with rock and roll, shopping, and beer out of the way, let’s turn to more serious sights. 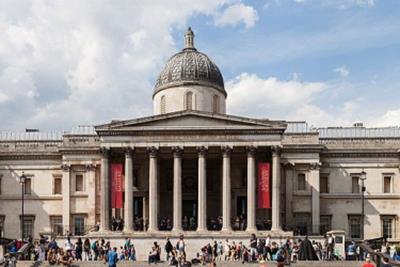 I visited the British Museum, followed by the National Gallery at Trafalgar Square. I sat on a bench in the Gallery to listen to a docent discussing a painting with school children when jet lag kicked in. I woke up as I was falling forward off the bench, barely avoiding hitting the marble floor. After the museum I walked down Whitehall Street to 10 Downing Street, the home and office of the Prime Minister. Not much to see besides the townhouse door, such a contrast to our White House. 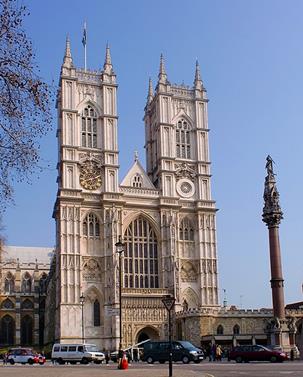 Continuing down the street I passed Big Ben and stopped at the Palace of Westminster, the Houses of Parliament. I crossed the street hoping to tour Westminster Abbey but was disappointed when I read a sign saying it had closed to visitors for the day. Westminster Abbey, Σπάρτακος (changes by Rabanus Flavus), CC BY-SA 4.0 <https://creativecommons.org/licenses/by-sa/4.0>, via Wikimedia Commons

But I noticed that Evensong, an Anglican service of choral music, Scripture, and prayer, was about to start. I walked to the door and said yes when the guard asked if I was there for Evensong. He welcomed me in, so I walked across the expanse toward the altar, sat in a pew, opened my hymnal, and stood as the clergy and the Choir of Westminster entered. The voices of the Choir (thirty boys and twelve adults) were angelic. Listen for yourself:

Between prayers I reflected on the history that had taken place on the site. Every coronation since the year 1066, 16 royal weddings, and funerals. To my left was the piano Sir Elton John used to sing Candle in the Wind at the funeral of Princess Diana. That evening, prayer, song, architecture, and history joined to create an unforgettable experience.

As the service ended I hoped to see some of the highlights of the church on my way out, at least some of the 3,300 tombs and memorials (for example, Elizabeth I, Mary Queen of Scots, Charles II, Isaac Newton, Handel, Charles Dickens, Laurence Olivier are buried there). But a security guard was herding us to the exit, so I took the most circuitous route possibIe to see as much as I could.