Before there were art museums, there were collections acquired, purchased, or commissioned mostly by the big three: royalty, the Roman Catholic Church, and the otherwise wealthy. Two great commissions come to mind. Pope Julius II commissioned Michelangelo to paint the pope’s chapel, the Sistine. And Francesco del Giocondo commissioned Leonardo da Vinci to paint a portrait of his third wife, Lisa, whom we know as Mona Lisa. Let’s explore the role of royalty.

There were amazing royal collections of Russian Empress Catherine the Great, French kings from Francis I to Louis XIV, and Spanish kings from Charles V to Ferdinand VII. Sometimes “acquiring” art meant looting after defeating a military rival. The palace treasures were considered the personal property of the monarchs, rarely seen by the public. Supposedly, Empress Catherine wrote to Voltaire that only she and the mice could admire the collection.

Things did not always end well for the royal collectors. Catherine’s collection was housed in the Winter Palace in St. Petersburg, the official residence of Russian Emperors since 1732. By 1917, the Palace was mostly used for ceremonial and administrative purposes and even became a military hospital because the Tsars spent most of their time in other palaces. Revolution broke out, ultimately resulting in the execution of the royal family. Bolsheviks stormed and ransacked the palace. Within days, it became a public museum now known as The State Hermitage, the second largest art museum in the world.

The French royal collection was also housed in a palace, the Louvre. When Louis XIV moved to Versailles, the palace became more focused on art. But, during the reign of Louis XVI, revolution broke out, ultimately resulting in the execution of the royal family (see a pattern here?). The Louvre became a public museum, the largest art museum in the world.

So, to sum up, revolutions: bad for monarchs, good for the art-loving public. But not all royal collectors met that end. In Spain in 1785, King Charles III commissioned a building to house a natural history collection. By the time it opened in 1819, King Ferdinand VII designated it as a museum open to the public to showcase Spanish art largely collected by his wife, Queen Maria Isabel. We know the museum as The Prado.

In next week’s post, we’ll look at the origins of American museums.

A Visit to St. Petersburg and the Hermitage

Peter the Great founded St. Petersburg in 1703 and made it Russia’s capital. Today it is Russia’s second largest city, considered its cultural capital. The city grew under a comprehensive plan, straddling the Neva River and a network of canals. Architectural gems abound. But by the time I got to St. Petersburg in 2001, the charm was gone. The city seemed gray and in disrepair. Usually, entering a new country is exciting, but entering Russia, I felt a little uneasy. Later, when walking around, I felt like I could be arrested and sent to Siberia if I jaywalked. I didn’t jaywalk. En route to the Summer Palace south of the city, I passed arrays of huge concrete gray apartment houses. The tour guide said several families lived in each communal apartment. Back in the city, it was time to visit the State Hermitage, one of the world’s greatest museums.

The collection is extensive, and only part of it is on display in monumental, connected buildings, the grandest being the Winter Palace. Once inside, the opulence of the palace is expressed in marble, gold leaf, crystal chandeliers, and grand staircases. Don’t miss the peacock clock https://www.youtube.com/watch?v=ilPlVRoUl_8. 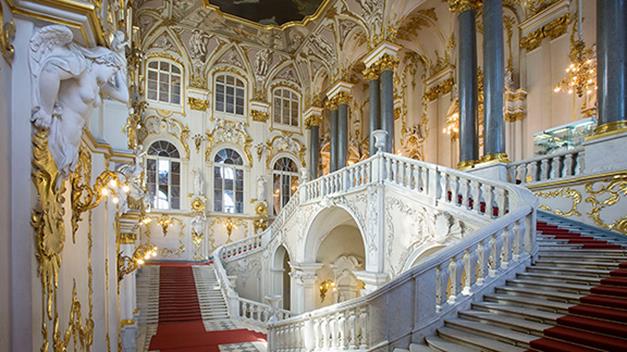 In addition to the historical collections, major painters and sculptors are represented. It is said the museum has the largest number of paintings on display in the world. A unique feature of some of the rooms is wooden partition walls to increase hanging space.

Now, in most museums security staff are spread throughout the rooms, smartly dressed in blazers. But in the Hermitage, security consisted of babushkas in house dresses sitting in the rooms. The looks on their faces suggested that, if you got too close to an artwork, they would smack you with a broom…hard. A student once told me she got pulled out of the restroom at closing time. I have to admit; they are effective.

The city has been through a lot, especially the Seige in WWII. Looking back at the expanse of buildings and across the square as I went to the bus, I hoped that St. Petersburg could again be what it was built to be, a world-class city. 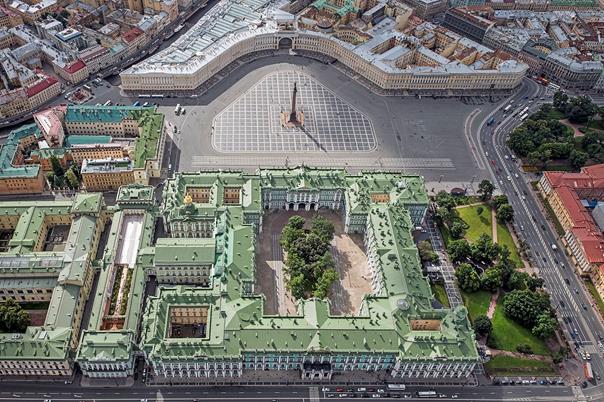 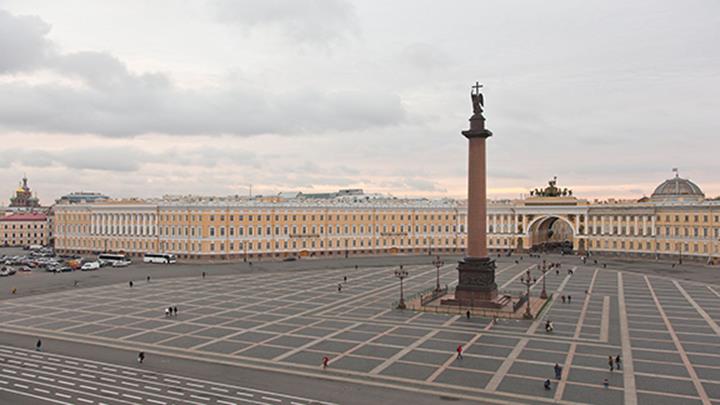