Merriam-Webster defines art as “the conscious use of skill and creative imagination, especially in the production of aesthetic objects.” Okay, that’s a start, but what does aesthetic mean?  Back to Webster…aesthetics is a branch of philosophy dealing with the nature of beauty. Think about how people we used to call beauticians are now called aestheticians.

The definitions lead us to two questions: 1) are there common aesthetics, standards of beauty held by most people, and 2) is art really about beauty?

Do we agree on what is beautiful?

We’ve all heard the saying that beauty is in the eye of the beholder. I show students in my Impressionism classes a rose and a potato and ask, “Which is more beautiful?” Each time, I wonder if someone will truly find the potato more beautiful, or at least say so to be a contrarian. Hasn’t happened yet. 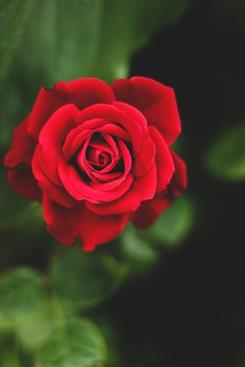 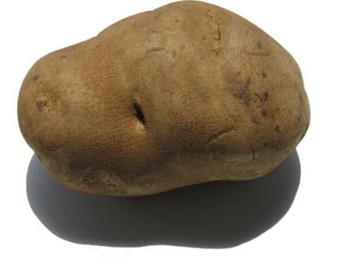 And when people are shown faces and asked to rate physical attractiveness, they prefer faces with symmetry. These examples suggest there are common aesthetics among groups of people and that some aesthetics are universal.

Mathematicians in ancient Greece were the first to study the golden ratio that appears often in geometry. The ratio is the relationship of two lines, A and B, in which A is 1.618 times B’s length, represented by the Greek number phi.

Other names for the ratio include golden mean, golden section, and divine proportion. The ratio captivated great thinkers for centuries, from Euclid to Leonardo da Vinci. Many believed that there is a mathematical order in the universe and that th 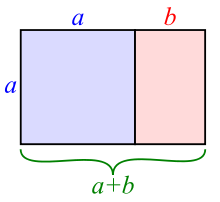 e ratio can be seen in the ideal human body and the natural world. So, to create beauty in a building or a statue, one should use the ratio. But the belief gets stretched when advocates say they see it in every beautiful thing.

Is art supposed to show beauty?

It seems that art has been made in every time and every culture since the Stone Age. We describe many cultures by their art, even if the makers didn’t call it art. For example, we may consider a beautiful ancient Native American pot to be art, but it might have been made to cook and store food. Sometimes we don’t know whether something was made only for decorative purposes.  We are tempted to think that the further we go back in time, the more art and utility were combined.  But h

ow do we account for cave art in Lascaux, France, painted more than 17,000 years ago?  Many walls were painted with images of animals, only visible using simple lamps and many very hard to get to.  We can only guess the purpose and meaning.

Art has been used for many purposes over the ages. Ancient Greeks strived for perfection in everything, so statues portrayed ideal human bodies with perfect proportions to show beauty and strength. They were displayed to honor heroes and inspire citizens.

In medieval times, European religious paintings were used to teach people the tenets of the Catholic Church. And architecture was used to give people a sense of God’s majesty. An amazing example of medieval architecture is Chartres Cathedral, a Gothic church finished in the year 1220. When I visited it, friends drove me the 60 miles from Paris to Chartres. 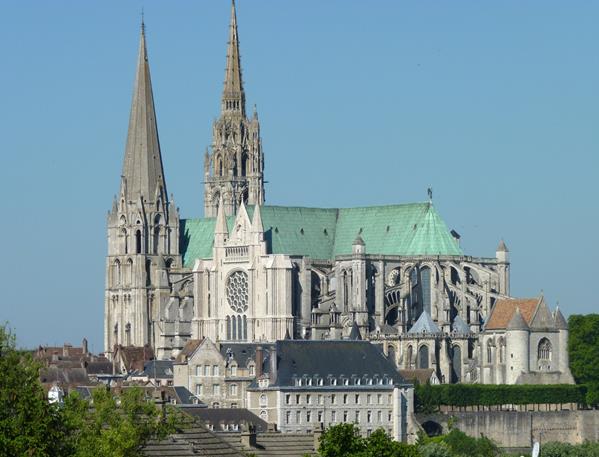 I had visited many cathedrals before this one, and had seen photos of it since I was a kid.  Even so, I was awestruck when I walked in and turned around to face the first of three eight-hundred-year-old stained glass rose windows, each almost 40 feet across. While taking in the beauty, I wondered how it was possible to construct the church so long ago without modern machinery and materials. 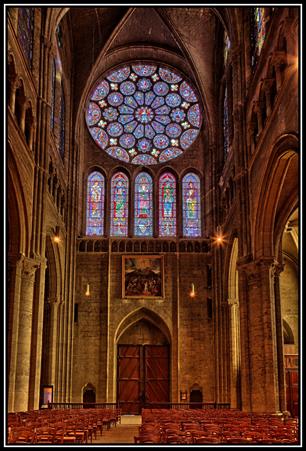 But what was it like for a 13th-century family from a small village who made the pilgrimage to that holy place by foot? Imagine what they felt when they saw vaulted ceilings and 350-foot spires that reached toward heaven. They couldn’t read (and the printing press wouldn’t be invented for 200 years), but they could see and learn all the Biblical stories and the lives of the saints in 167 stained glass windows that surrounded them. They had never seen a building like this. Surely, their reaction was more profound, perhaps life changing, than mine.  It’s not hard to imagine they felt the presence of God.

Throughout history, art was used to depict prominent people and record historical events, from coronations to battles. In fact, when photography was invented in the 19th Century, some thought painting would no longer be needed. But Impressionism began at the same time, liberating art from its historical purposes. That was a radical change then, but something we take for granted now.