Lithographs, serigraphs, etchings…all describing types of prints. With so many techniques and materials used to make prints, figuring out what we are looking at is confusing, even more so when some methods have more than one name. Let’s figure out printmaking. First, we’ll talk about it in general. Then we’ll separate it into four categories.

Printmaking is the creation of artworks by transferring ink from a master plate to paper multiple times. When a piece of paper is pulled from an inked master, the result is called an “impression.” Each impression is considered an original and is signed and numbered by the artist. Multiple impressions make an edition. When viewing a print, look for a number in pencil in the corner, such as 3/25. This means the print is the third impression pulled, and a total of twenty-five impressions were made. A buyer wants an impression from a limited edition. To guaranty that an edition is limited, the artist should destroy the master so no more impressions can ever be made. As with any collectable, scarcity is a big factor in protecting an artwork’s value, so, all else being equal, an impression from a smaller limited edition would be more valuable than from a large or unlimited edition. At some point, even unlimited editions actually do reach their limit…when the master wears out.

Some buyers prefer a lower impression number, say 3/25 more than 24/25, but there is no rationale behind that. There are also “artist proofs,” impressions the artist makes for herself, sometimes as the master is in the process of being made and other times identical to the numbered impressions offered for sale. This complicates the limit because if the artist later sells the proofs, a limited edition gets less limited. Over time, artist proofs can become more valuable than the main edition: because they give insights into the artist’s process, because they are rarer than the edition, or because they were owned by the artist who became famous.

There are many printmaking methods and variations but we’ll concentrate on the more common methods. Let’s break printmaking into four major types along with some examples:

In today’s post, let’s focus on relief and intaglio.

In the relief method, the image is printed from a design that is raised on the surface of a block. In woodcut printing, the block is a piece of wood. In linocut printing, a sheet of linoleum is mounted on a block of wood. 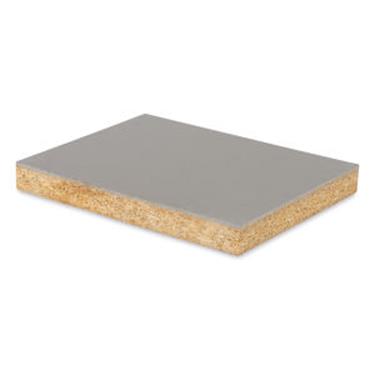 I tried linocut printing when I was in middle school. I started by drawing the image on a linoleum block, then used linoleum cutters to gouge out the parts I didn’t want to appear on the paper, what we refer to as “negative space.” Cutters have different widths and shapes (U’s or V’s, for example). Carving is unforgiving; once you cut out the linoleum, you can’t put it back. After carving, I applied ink to the linoleum block with a roller called a “brayer,” then pressed the inked block onto paper by hand to get this result: 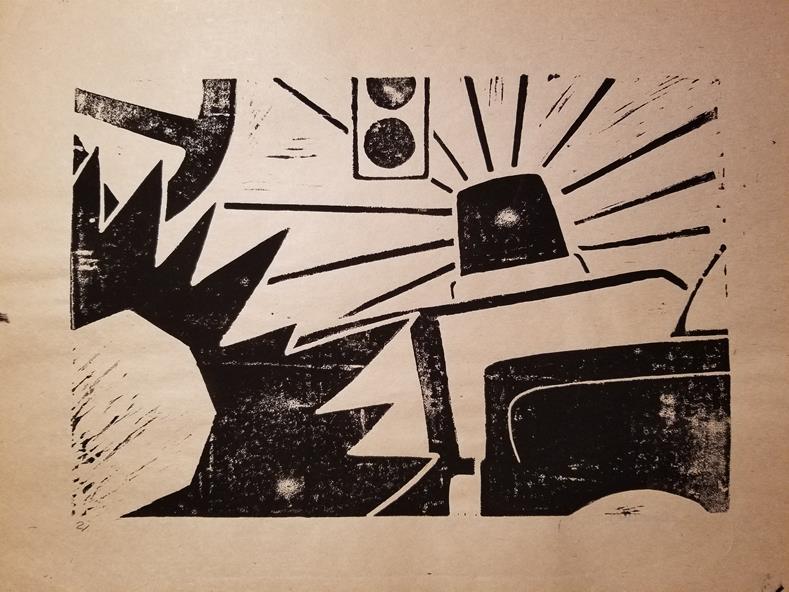 If you’d like to try relief printing, linoleum is much easier to work with than wood because it is softer and has no grain. Supplies and tools are reasonably priced.

Woodcuts were originally used in the 1400’s to print books and patterns on cloth. Over time, they became their own art form. Here is an example by Hokusai.

The intaglio method is the reverse of relief. Instead of the image being printed from raised surfaces, it is printed from recessed areas. An intaglio press pushes the paper into the design that was cut or etched into the plate. Here are three types of intaglio printing.

Engraving is the oldest type. You draw on a metal plate, carving into it with a steel rod with a sharp tip called a burin. The resulting grooves will hold the ink. If you make a mistake, you would have to pound the back side of the plate to push metal back into place and smooth it. Engravings by masters like Antonio Pollaiuolo and Albrecht Dürer show amazing detail and skill.

Etching is done by covering a metal plate with a waxy layer, then drawing with a needle, removing the wax. You varnish the back to protect it and submerge the plate in acid. The acid eats away the metal where your drawing removed the wax, making fine incisions that will hold the ink. I still remember the smell of the acid bath when I did etching on a copper plate.

This method gives the effect of a watercolor. It involves coating the metal plate with powdery rosin, then heating the plate to melt the rosin. After drawing, an acid bath eats between the specks of rosin, creating larger printing areas than etching, more about shape than line. Inks are often colored.

In a future post, we’ll look at the planographic and stencil methods of printmaking.