In our post “7 Do’s and Don’ts When Visiting Art Museums”
we talked about things we do to protect the art. You know, standing behind the rope, no touching, no selfie sticks. I’d feel horrible if I damaged an artwork, even if they didn’t send me a bill. So I hope you never see me in a museum looking like this guy. 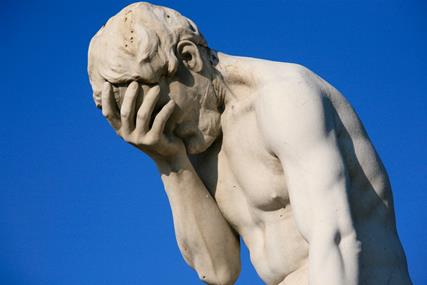 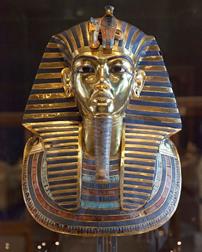 But accidents do happen, like when museum staff knocked the beard off the iconic King Tut burial mask.

Here are 5 Art Mishaps that will make you gasp, laugh, or be a nervous wreck next time you go to a museum. (N.B. No humans were harmed in the harming of the artworks.)

Many accidents have happened due to someone’s sloppy selfie setup, often when climbing or sitting on statues. In this case, a woman entered a room in the huge pop-up gallery to see Simon Birch’s “Hypercaine,” rows of plinths displaying crowns made of different materials. 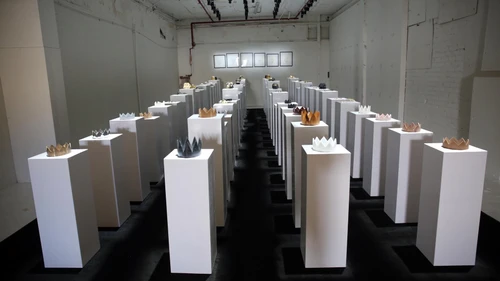 As she crouched into position for the perfect selfie, she lost her balance and fell into a plinth, starting a chain reaction that took out a whole row, destroying three of the sculptures. Estimated damage: $200,000. Let’s watch.

#4 But He Saved His Drink 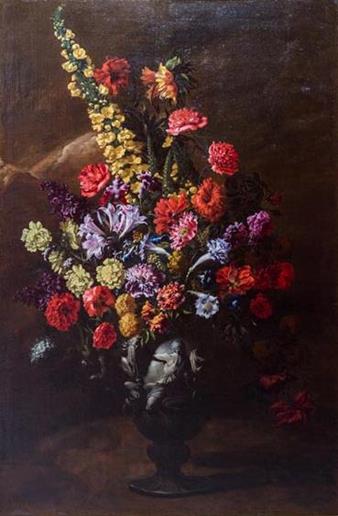 An amazing tribute to Leonardo da Vinci,* a traveling show called “The Face of Leonardo, Images of a Genius,” included a 350-year-old painting, “Flowers” by Paolo Porpora valued at $1.5 million.  A 12-year-old boy was standing and admiring the painting while on a guided tour. As he followed the tour group to the next artwork, he tripped on the platform set up to protect the painting (ironic right?). He put up his hand to break his fall, punching a hole in the canvas, but never letting go of his drink. I’ve seen many a beer drinker save his beer when falling …well, except, without an artwork involved. Let’s watch.

#3 She Fell for Picasso 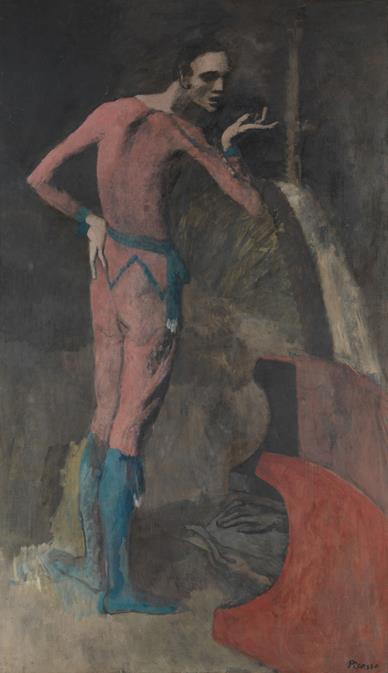 Picasso is known for his many girlfriends, but here’s a woman he never met who really fell for him.  An adult education class was parked in front of Picasso’s 1905 “The Actor,”** painted during his Rose Period when he was 23 years old. The student lost her balance and fell into the painting, putting a six inch gash into a corner of the six foot canvas, right about where the acrobat is looking. The painting was rushed to the museum’s conservation office to begin repair. I saw the painting four months later in the Met’s big Picasso show and can report that the repair was a success. Good thing since the painting had an estimated value of $100 million.

Nick Flynn was a frequent visitor to the Fitzwilliam. One day, with an untied shoelace, he fell down a staircase, and like a bowling ball, crashed headfirst into three 300-year-old Qing Dynasty vases on a window sill. Estimated value: $450,000. 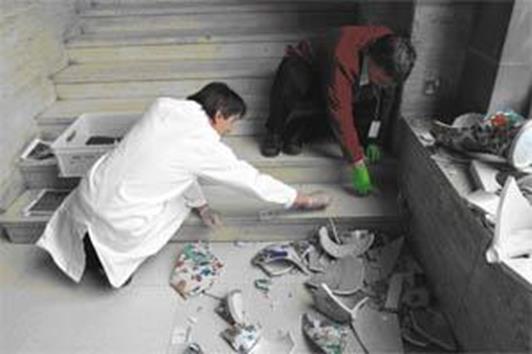 The museum’s website says “The impact reduced them to rubble and scattered them across the landing and stairs.” And “The noise of the crash was immense and echoed through the galleries.” He later said that after he left the museum, he forgot all about the incident…until he saw himself on the news. Three months later twenty-five police officers banged on his door and arrested him. He thinks he did the museum a favor because his accident increased the number of visitors. I wonder if the museum installed handrails.

#1 The Dream Becomes a Nightmare 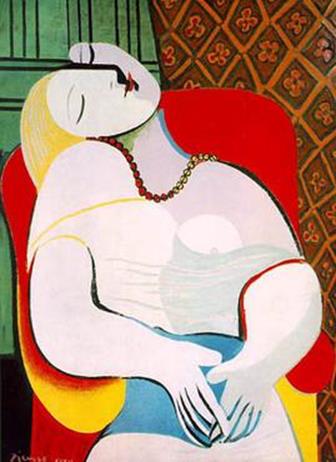 In our last accident, the owner himself caused the damage. Steve Wynn, the Las Vegas casino hotel mogul who built The Mirage, Treasure Island, and the Bellagio  was announcing his sale of the 1932 Picasso painting, “Le Reve (The Dream)” for $139 million, the largest amount ever to be paid for an artwork. He gestured while talking and put his elbow through it. The hole was only an inch across, but big enough to void the sale and drop the value by $54 million. Wynn kept the painting, had it restored, and filed an insurance claim for the loss in value.

So here are my takeaways from these five stories:

If you’ll agree to call a Jenga block structure a work of art, I’ll throw in one more.

In the words of Hill Street Blues Sergeant Esterhaus: “Let’s be careful out there.”

*Click here for a post about Leonardo da Vinci’s famous painting, “The Last Supper.” **There was a painting on the reverse side too. Click here for the post “Oil Painting” that mentions this practice.