Today is Good Friday, the day commemorating the death of Jesus. Holy Thursday marks the day before on which a momentous event took place. Let’s travel to Milan to see the mural painted by Renaissance artist and all-around genius Leonardo da Vinci to capture that event, the Last Supper.

Milan in northern Italy has about 1.5 million people within its borders, and almost 7 million more in the surrounding areas, making it Italy’s largest metropolitan area, and the third largest in all of the European Union. Milan is a financial capital, hosting international banks, corporate headquarters, and the Italian stock exchange. But Milan might be known more as a fashion capital, celebrated twice a year with Milan Fashion Week.

Every notable Italian city has an amazing church. So, of course, my visit to Milan started in front of the Cathedral, Italy’s largest. 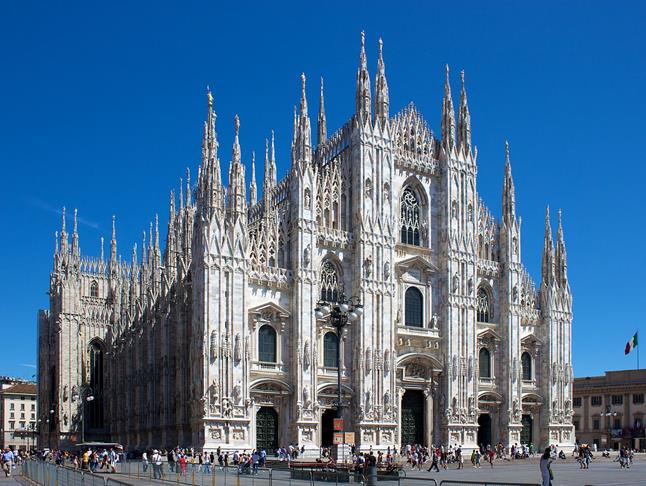 (N.B. The larger St. Peter’s is in Vatican City, an independent nation.) Construction began in 1386. Any homeowner can attest that there is always another project to be done, maybe explaining why the Cathedral wasn’t finished until 1965. After taking in the church, I went across the plaza to stroll through one of the world’s oldest and iconic luxury shopping malls, the Galleria. Glass roofs enclose the pedestrian walkway between four story buildings on either side. 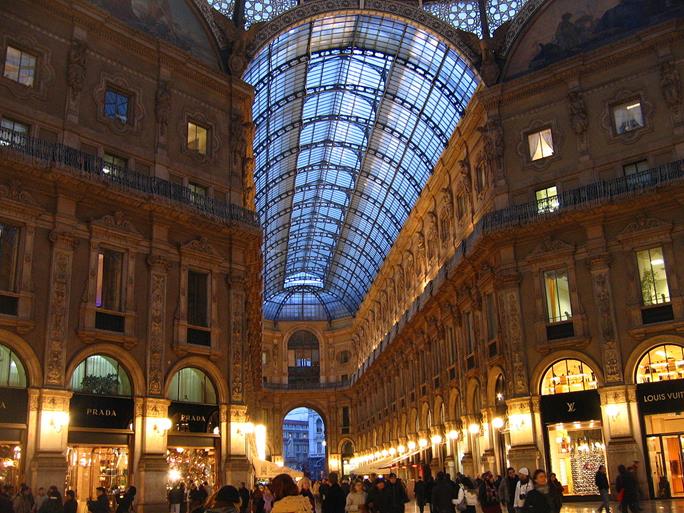 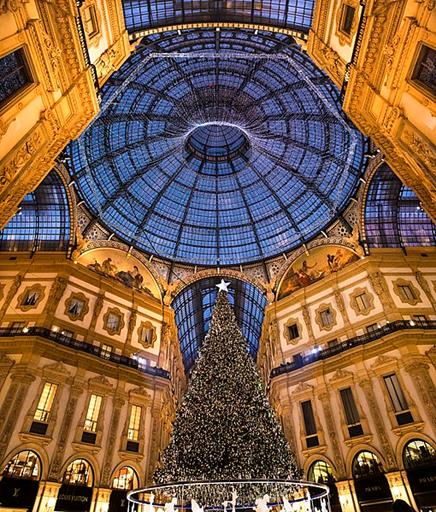 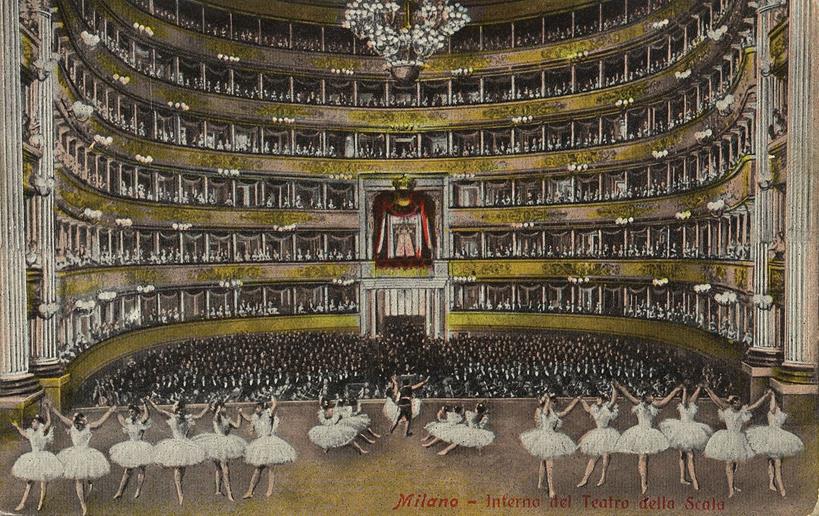 I popped out the other end in front of La Scala, the famous opera house.

But, as impressive as the Cathedral, Galleria, and La Scala were, I really wanted to be in a place the tour bus would not take me (believe me, I tried). Less than two miles away lies a convent built in 1469, Santa Maria delle Grazie.

One of the world’s most recognizable paintings was commissioned by the Duke of Milan in 1495 to decorate the back wall of the convent’s dining hall. Leonardo da Vinci painted it over the course of three years, completing it in 1498. The painting is large, roughly 15 x 29 feet.

When we think of Renaissance wall paintings, we assume they are frescoes, in which paint is quickly applied to fresh plaster before it dries. But Leonardo tried a new approach, first undercoating the wall, then painting with oil and tempera on the dried plaster to get more depth and luminosity. It started flaking even before it was done. It has been restored multiple times, the first time soon after it was painted. So, today much of the original work is gone. Some of the faces looked smoothed over. However, we are lucky we can see it at all. The painting survived the addition of a doorway that cut into it, being vandalized by Napoleon’s troops, and allied bombing of the convent in WWII.

“One of you will betray me.”

The story is told in the “Gospel of John.” At the meal, the last that Jesus would have with his apostles, he instituted the sharing of bread and wine, an act that is replayed still today in many churches, following his command, “Do this in memory of me.” Something else happened at the Supper. Jesus told his apostles that one of them would betray him that very night. That is the dramatic moment Leonardo chose to depict in The Last Supper. One of the apostles gets so nervous he knocks over the salt. To fully experience the painting, look closely at each apostle’s facial expression, gestures, and posture. Some are shocked; others are angry. I can imagine hearing “Not me!” We know the guilty party is Judas, so where is he? To Jesus’s right we see a man who is not like the others. Besides drinking milk instead of wine, Judas has darker skin and a long nose (stereotype much, Leonardo?), and holds a bag of silver. Behind Judas, Peter holds a knife. [I find the angle puzzling, as though Peter restrains someone else’s arm that holds the knife].

Recall from our post on Perspective in Drawing that lines that create depth converge on a vanishing point on the horizon. We can clearly see those lines here in the side walls, the ceiling, and even the ends of the table. But note where they converge. Not on the horizon, but on Jesus’s head, making Him not only the thematic focal point, but also the visual focal point. The space between Jesus and the apostles to his left and right allows us to see light through the windows, further highlighting Jesus’s image, almost creating a halo. Even though it is not realistic, Leonardo seated everyone on the same side of the table so we can fully see each apostle’s reaction. The details of the tablecloth, wine glasses, dishes, and pieces of bread create a still life.

Many scholars note the repetition of the number three. Jesus forms a triangle, a three-sided shape. The apostles are grouped in threes. There are three windows behind Jesus. In a religious context, three is usually a reference to the Trinity, God in three persons (Father, Son, and Holy Spirit). There is much speculation about hidden meanings in the painting, which are not unheard of in Leonardo’s work. Even The Da Vinci Code joined in, unconvincingly speculating that John is really Mary Magdalene in disguise because the figure wears a necklace.

I’ve got to get back to Milan to see The Last Supper so I can resolve some of its mysteries with my own eyes. Since the convent only lets 18 people at a time in for fifteen minutes, I hope I can get a reservation.

3 thoughts on “The Last Supper”